On April 6th, St. Louis City will elect a new Mayor. The Vacancy Collaborative's coalition partners identified three recommendations that the next Mayor should prioritize. Click on the + to learn more about each.
Designate A Cabinet Level Position To Oversee City-Government Vacancy Reduction Efforts
A designated cabinet level position in the Mayor's Office will institutionalize cross-departmental coordination and lead a strategy to help tackle our vacant property challenge and prevent further vacancies.
​Increase The Capacity and Role of the City Counselor’s Office
A well-staffed and resourced Problem Properties Section will enhance the City's capacity to hold bad actors accountable for vacant nuisance conditions and reclaim properties using legal tools.
Ensure Proactive, Equitable Development and Incentives in Conjunction with Neighborhood-Based Planning ​
A strong and funded Planning and Urban Design Agency can facilitate community-led planning efforts that  center the wishes of long-term residents. This can also lead to more equitable redevelopment of vacant spaces. 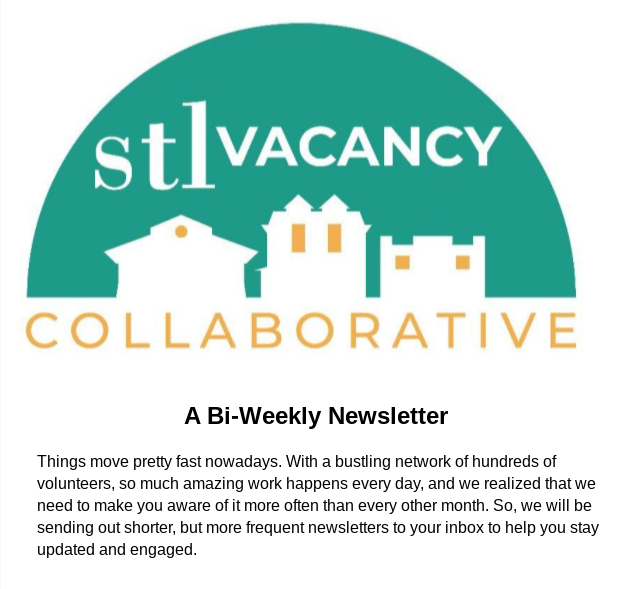 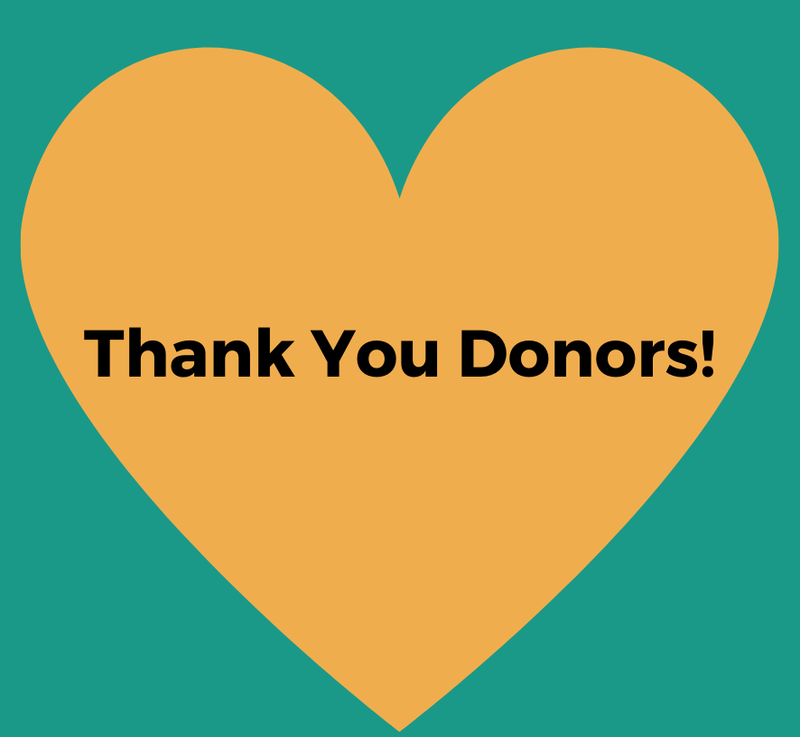 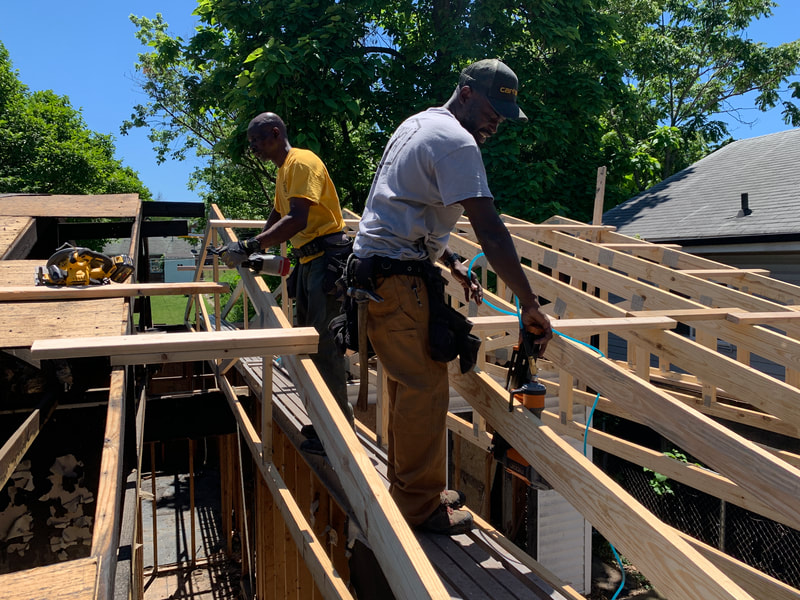 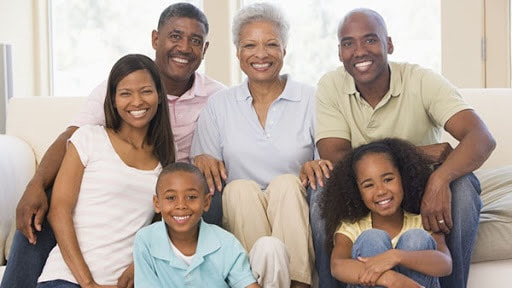 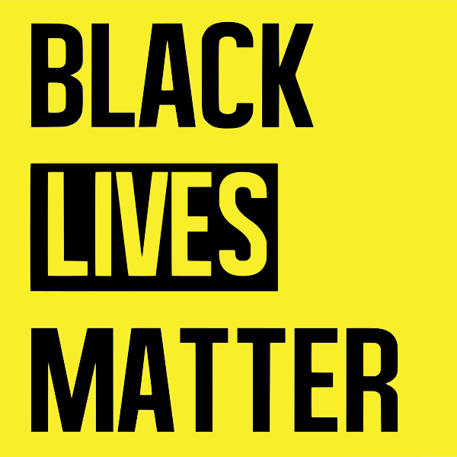 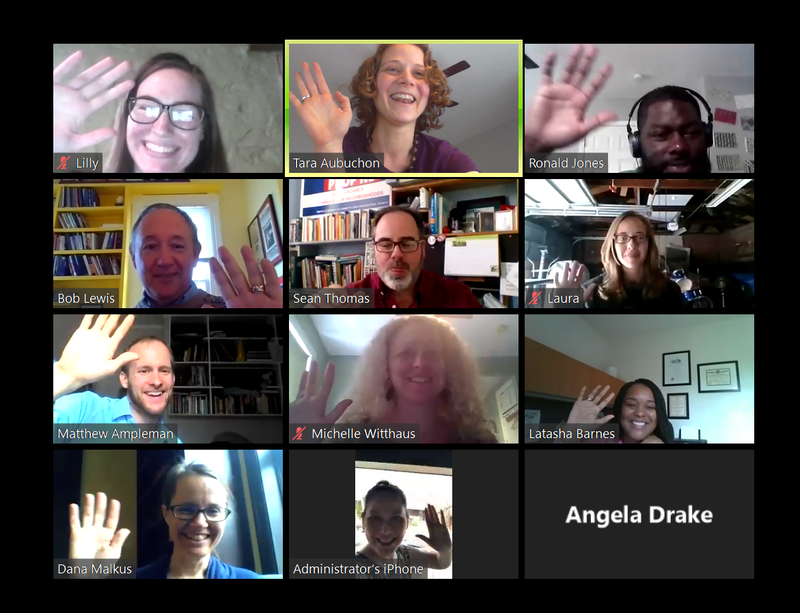 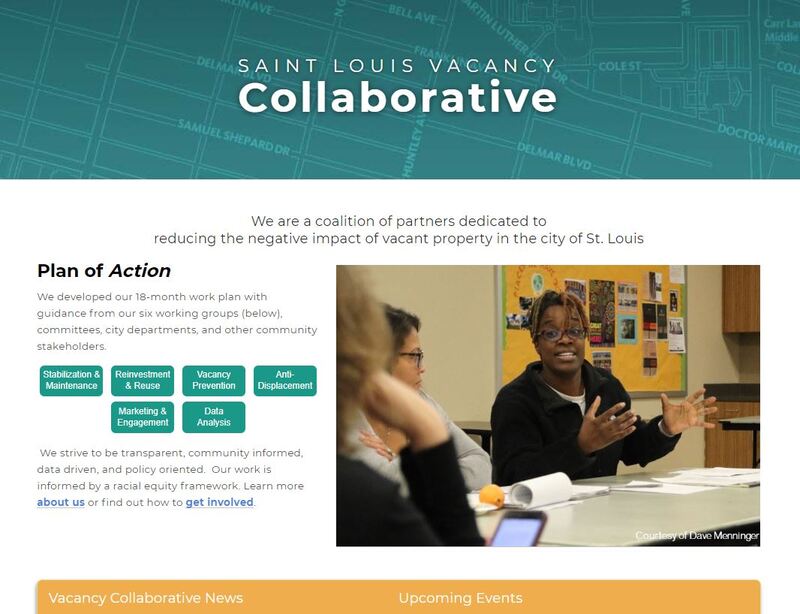 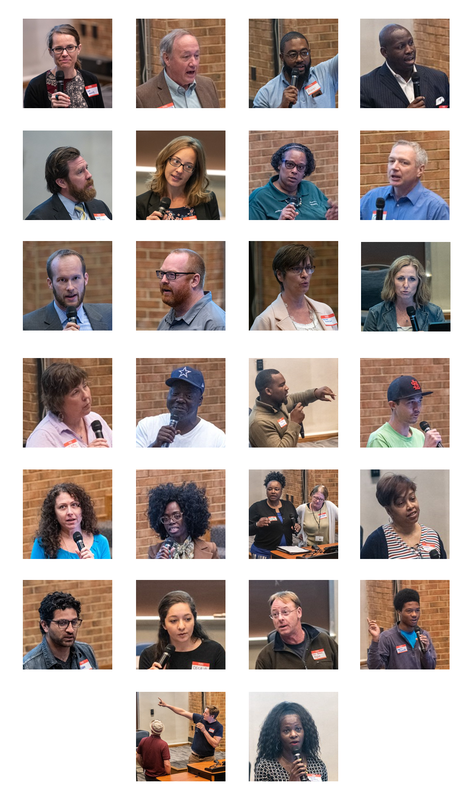 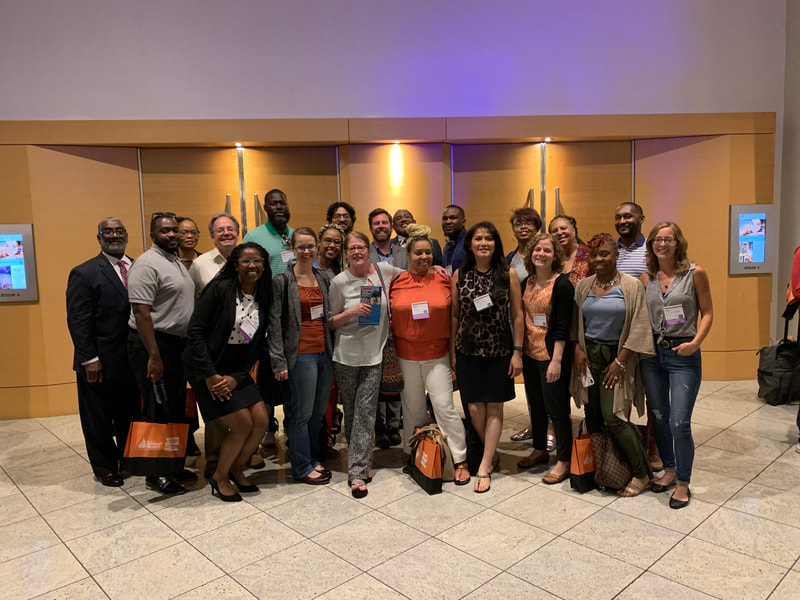 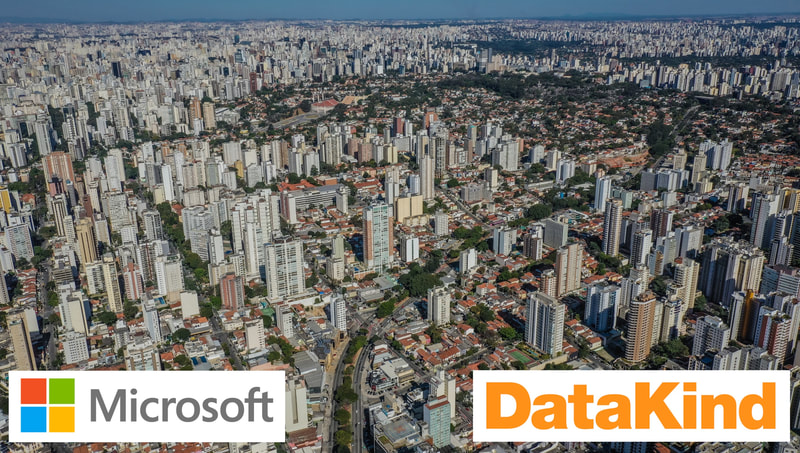 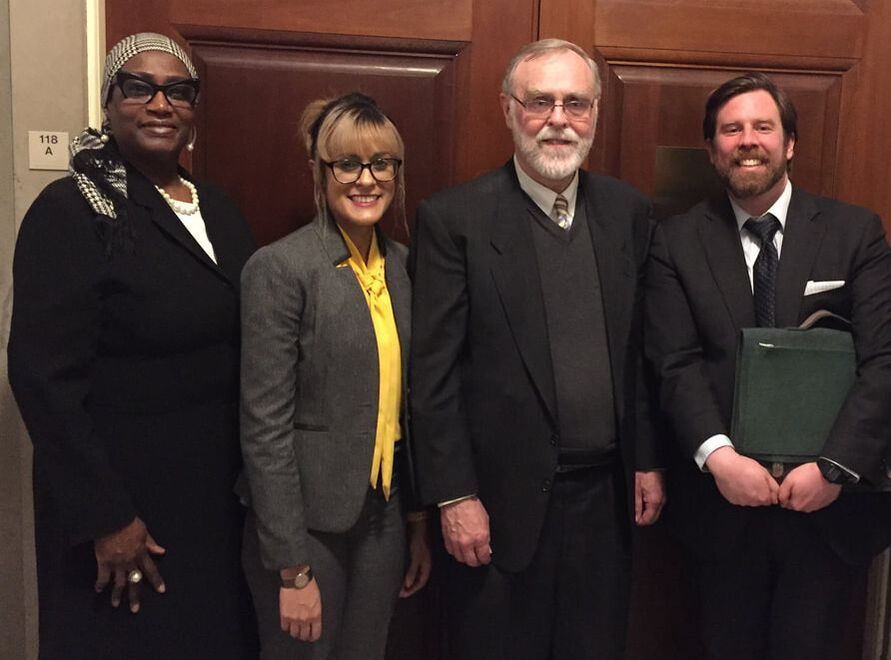 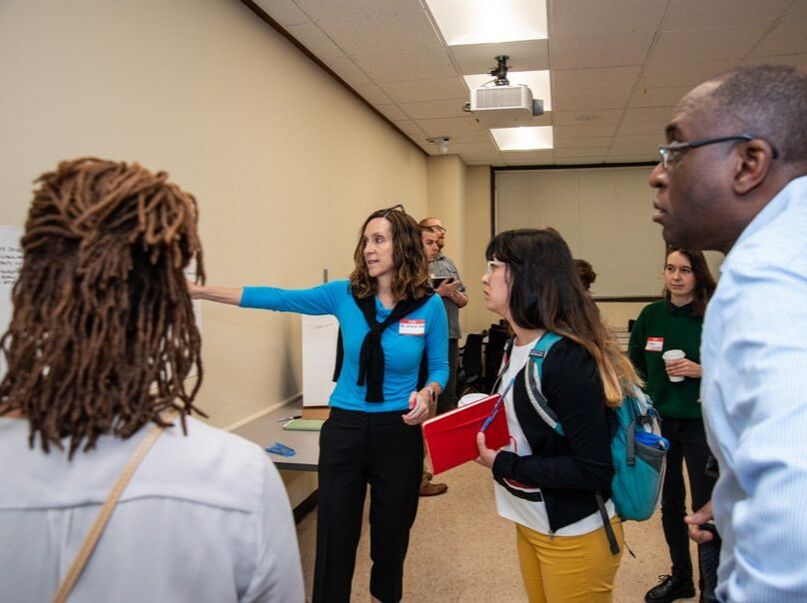 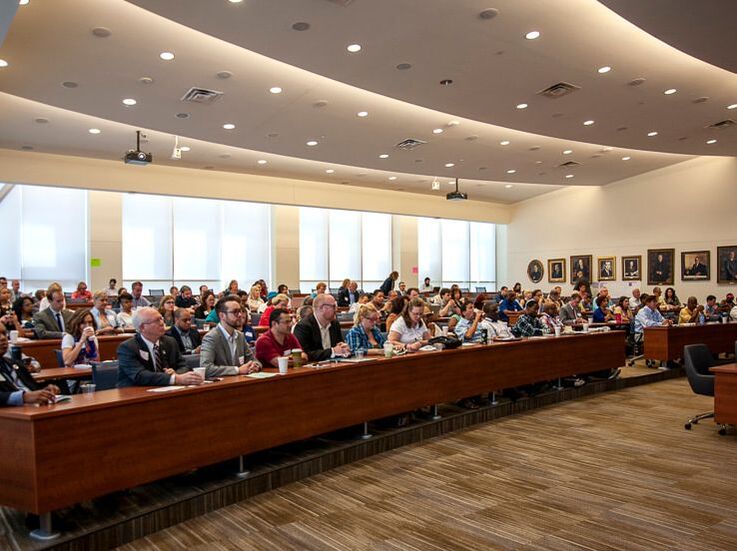 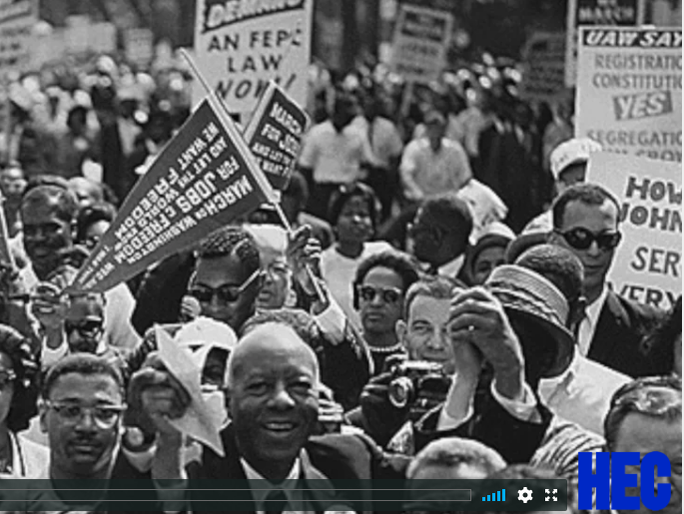 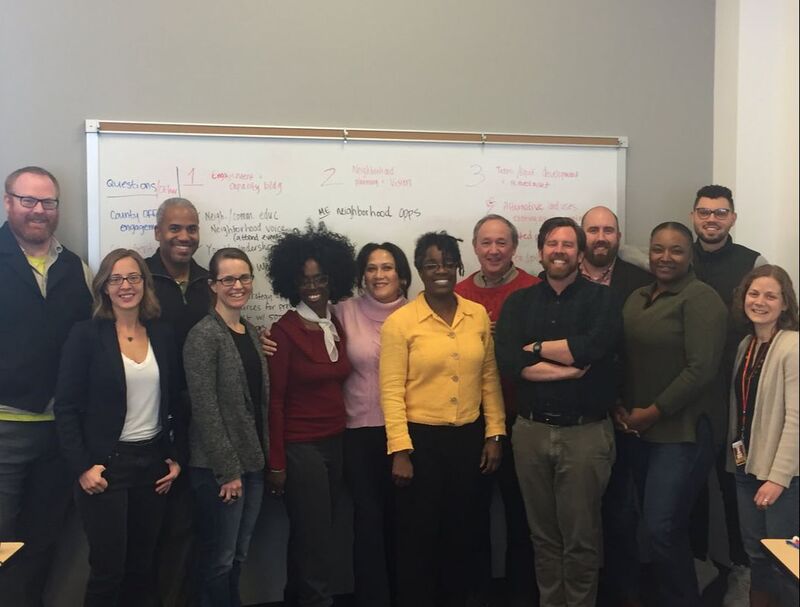 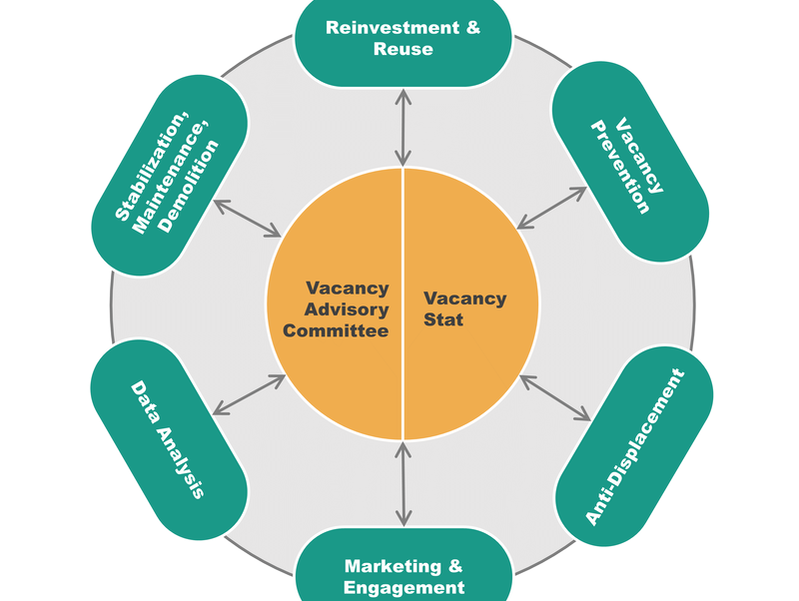 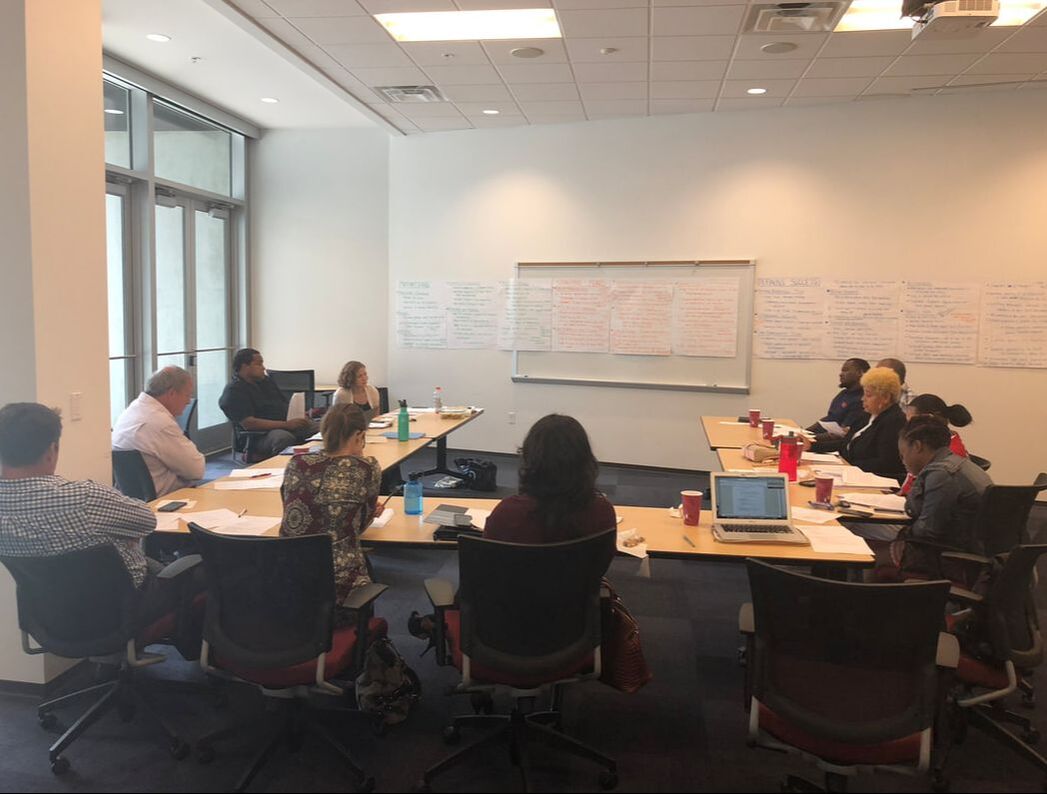 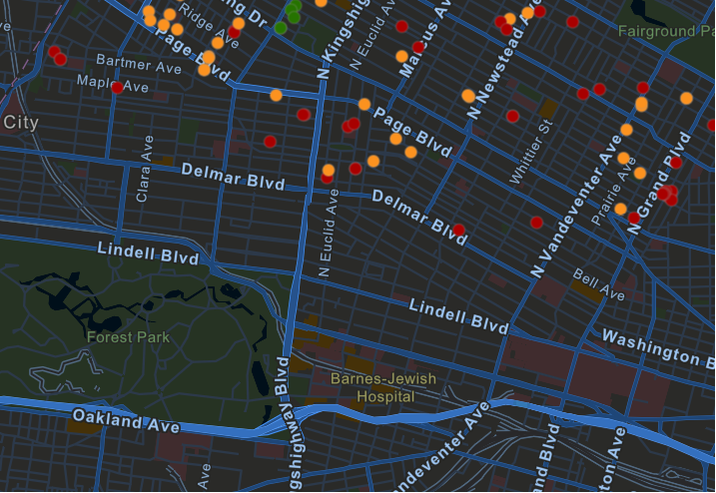 September 2018
Mrs. Julia is a 70-year-old resident of The Ville. The Ville was the cornerstone of the Black community and boasts an assortment of historical buildings and who’s who in the Black community. Growing up, Mrs. Julia attended Marshall Elementary, Turner Middle, and Sumner High School, respectively. She was raised with 4 siblings, a brother and sister, and she herself was a twin.  Ms. Julia gave birth to two children, a son and a daughter who passed on.
​Growing up in The Ville, the older residents pushed the youth to strive for excellence. Ms. Julia remembers one of her first jobs was working downtown for a company called Graymont selling dry goods. She also worked at Homer G. Phillips as a mail clerk and as a clerk in the radiology dept as a film librarian before they closed. She shared a story about the closing of Homer G. Phillips and how the community was outraged over the decision.

​On a lighter note, growing up in The Ville was a close-knit community where everyone knew each other and looked out for one another. When the streetlights came on, all the kids had to be in the house and if a neighbor caught you doing wrong that neighbor had the right to discipline you. Ms. Julia stated that bad things happened in The Ville from time to time, but people still had moral character. Some of the events that were most memorable in The Ville was the annual Annie Malone Day Parade. Annie Malone was one of the first Black Female Millionaires and philanthropists who trained Madame C.J. Walker who also became world- renowned. She owned the Poro Building which housed the Poro College which was a school and manufacturing building to train young ladies in the cosmetology business.  The building also housed black owned businesses, a branch of The Lincoln University Law School, an ice cream parlor, sewing rooms, auditorium, movie theatre, and neighborhood post office
Ms. Julia stated she noticed the community started to decline after desegregation in the mid 70’s. She noticed one by one all the Black professionals started to move out to the suburbs. Looking back, Ms. Julia stated that she cannot remember one Alderperson who tried to stop the crumbling of The Ville; it was as if everyone was looking for an excuse to leave not knowing everything they needed was right under their nose. A Pastor by the name of James E. Cook was a very prominent leader and very active in the community. He kept the light of hope burning in the heart of The Ville and there is even a statue of him in the Bayer YMCA. Ms. Julia stated that some of the many misconceptions about The Ville is that it is crime ridden and, full of poor people with no education who do not care about their community.

Photo of Bayer YMCA Lobby. Published by: Gateway Region YMCA
Ms. Julia hopes that she can bring more recognition to The Ville, so that it can become a beacon of light and return to its former glory to bring awareness and money to the community. She wants politicians to stop making decisions for our communities without our input and start listening to us.

​There is a new hospital being built on Jefferson that will be named the Homer G. Phillips Hospital which Ms. Julia says does not sit right with The Ville residents since the original building still sits in the historic The Ville. When asked what should the new hospital be named? The suggestion was Captain Wendell-Pruitt Hospital after the famous Tuskegee Airman whose name was included on the original buildings that used to sit in the very spot. The famous Pruitt-Igoe.
Eltoreon Hawkins is 26 years old and was born and raised in the small community of Walnut Park, located on the Northside of Saint Louis. In the early ‘90’s, Eltoreon and his three siblings, two sisters and one brother, were raised by a very overprotective mother, Mrs. Tryanna Pippen’s, who didn’t allow them to go outside and play in the community, so they spent a lot of time in the house being creative and entertaining themselves. Many times, Eltoreon found himself looking outside his window and seeing kids riding their bikes up and down the street and wondered what that would be like. Over many seasons of constantly begging his mother if he could ride his bike outside, she finally gave in, but only if he wore protective gear which consisted of a bike helmet and pads. He would ride up and down the sidewalk, but as soon as he was out of his mother’s sight, he would take off the gear and hide it in the bushes and ride in the street with the kids in the neighborhood. Eltoreon attended Herzog Elementary and later attended Northwest High School, briefly. It was at this critical point in life were Eltoreon started going down the wrong path, so his mom sent him to live with his aunt and uncle for the summer. ​
His uncle Joe drove for Allen Cab, and he noticed that his uncle would come home every night with a lot of money from work which he used to take care of his family. Eltoreon noticed that with the earnings his uncle made from driving a cab, he was able to purchase a home, a car, and take care of his family all while being a middle school dropout. Over the summer, Eltoreon and his uncle would have many conversations which gave him the foundation to get focused, because one day he would have his own family to raise. ​
He returned to Roosevelt Highschool in the fall with a drive to succeed. One of the classes he took a liking to was shop class which was taught by Mr. Bart who allowed him to stay after school and build bookshelves and dog houses. When the students would come back to shop class the next day, they would notice these projects over to the side and ask who built them. The shop teacher would say, “those are Eltoreon’s projects.” Shortly after, other students started staying after school in the shop class. Eltoreon was instrumental in helping to create the after-school shop program, and he stays in contact with Mr. Bart until this day. 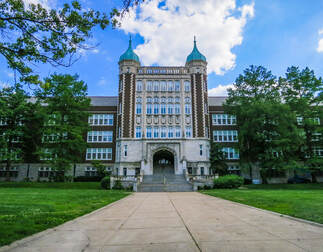 Photo of Roosevelt High School. Published on Wikipedia Creative Commons.
Eltoreon’s first job was working for Operation Brightside where he and other young men helped clean up the community. He also worked for Millennium Restoration rehabbing houses in South City. Some of Eltoreon’s fondest memories growing up in Walnut Park were at the annual neighborhood block party on Schulte and when his neighborhood Block Captain would gather the youth in the community for a trip to Six Flags. ​
​In 2017, Eltoreon helped create the Finest 15, a program which highlights 15 of the best vacant properties in different neighborhoods in the City. He was motivated by his mentor, past Aldermen Chris Carter, who would take him to community meetings in Walnut Park. When Eltoreon purchased his first house from the Land Reutilization Authority (LRA), the City’s landbank, and started rehabbing it, Chris Carter took notice and started bringing Eltoreon to a lot of community meetings. At these early meetings he started building relationships in the political arena that he still maintains now. “During the Obama/Trump Administration people outside the community saw the Walnut Park area as a very violent area, and it truly doesn’t have much violence, but it does have a drug problem, but no different than any suburb.” Eltoreon stated that he would love to see the block parties and the block captains getting back involved with the youth. “I want to mix fun and community building together. By doing this it will help to unify the community and get them back involved in being a positive force in the community.”
Pamela McLucas returned to her family home by heirship expanded by her perception of how the community is built. In 1986, her parents purchased a home with the expectation of gaining property equity and passing the investment along. In 1998 she was married, and Pamela and her husband purchased their own home in the Lewis Place Neighborhood.
Pamela’s residency in the Lewis Place Neighborhood enabled her to serve both Lewis Place and the Fountain Park Neighborhoods. As a Real Estate Business owner, she organized neighborhood clean ups through Operation Brightside and the City of St. Louis Streets Department and collaborated with neighborhood groups, like St. Louis Job Corps and Dream Builders 4 Equity on two different occasions.  Pamela’s desire is for the community to make sound, educated decisions on how to handle their real estate investments 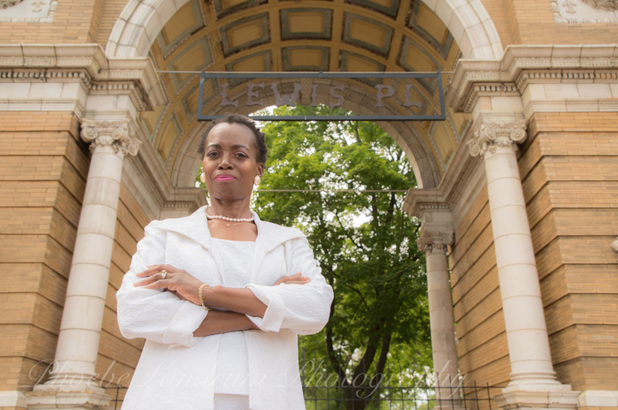 Photo of Pamela McLucas in front of the Lewis Place Neighborhood Sign. Published on: TechArtista's Member Feature
Pamela continues to work tirelessly to ensure that quality affordable housing is attainable while encouraging young families to move into her neighborhoods, so it will be more attractive to businesses and schools. Pamela presently serves as Vacancy Prevention Co-Chair for the St. Louis Vacancy Collaborative and as a member of the Community Land Trust for the St. Louis Steering Committee.
Her experience as a real estate professional affords her to work with developers daily.  Presently she serves as Secretary for Park Place Housing and Economic Development, Inc, which is a member of the Community Builders Network She is also a member of the Delmar Corridor Collaborative. Pamela recently joined the St. Louis team for the Strategic Code Enforcement Management Academy. She also is a member of the St. Louis Association of Realtors, the Missouri Association of Realtors, and the National Association of Realtors.  In 2003, Pamela was inducted as the St. Louis Chapter for Women's Council of Realtors and has served on multiple local real estate committees while being a member of the Holy Ground Collaborative and STL Village Community Education Committee. In 2020, she also served as the interim Committeewoman for the 18th Ward after the passing of Committeewoman Ellen Todd and after being nominated by John Watson for approval by the Democratic Central Committee.
Pamela McLucas stated that it is a privilege to serve and grow where a difference can be made.  Community starts with people, and the people should have a voice for their desires and thoughts. The community deserves to have a listening ear to the ground and be able to vocalize their needs through the representative who takes their interests to heart.

Vacancy in the Media

​Preserving the Past, Shaping the Future

How one north St. Louis neighborhood is rebuilding. ‘Game-changer for our city,’ says advocate